India’s dependency on overseas energy is relatively high, the national energy reservation is not enough to support the national development. As the statistics shows, over 70% of India energy consumption depends on export, and this number keeps increasing recently. As the energy supply pressure keeps increasing, the energy security becomes the top priority of the foreign strategy of India. India government shows their ambition of wind energy development. By the year of 2030, 16% of India energy consumption will be supplied by wind energy.

As the steady increases in the Indian population, the national energy consumption will definitely increase. By the year of 2030, India will become the world third largest energy consumer. According to the prediction by India’s Planning Commission, if the GDP growth of India still keeps 8% till 2032, the national energy demands will be 3 times of the current energy demands. And the electric power demands will increase 5 times, which means the current energy supply can not meet the needs of India economy development. Therefore, energy policy is a part of India’s Homeland Security Strategy. Recently, India government is focused on the development and promotion of renewable energy technology.

Right before that, India government aims to start a bid for a 1,000 MWh wind power project, but at last, the tender capacity they received has reached 2,892 MWh, which is nearly three times of the initial bidding capacity. The energy and resources institute (TERI) has released a report which shows that by the year of 2023, or 2024, if the renewable energy can get a competitive price compared to the traditional energy, and the power grid opens for all types of renewable energy power generation, then all the new energy will come from renewables.

With all the good news shows that India government will strongly promote the development of renewable energy, the international renewable energy giants such as GE and Vestas also adjust their business strategy constantly, so that they can enhance their market competitive capability in the countries that pay large attention to wind energy, such as India.

In the meantime, Vestas and Tesla studied how to combine the wind turbine unit and the energy storage device together more efficiently, so that it can supply stable electricity even in the intermittent period. The cooperation between Vestas and Tesla is just a part of a project that Vestas has been processed around the world. Vestas has been focused on energy storage research, they are planning to add the energy storage systems for their wind farms. In that case, Vestas has been worked with many energy storage battery manufacturers. At a meeting that Vestas held in April, they have announced that Vestas would shift their focus on the development of energy storage systems. The president of Vestas, Bert Nordberg says that Vestas passed GE for the first time in the last year, we have been seeking for the new competitive high ground of wind energy market after we have held the largest market share in the USA. We hope that we can bring a great consolidation of the whole energy industry. 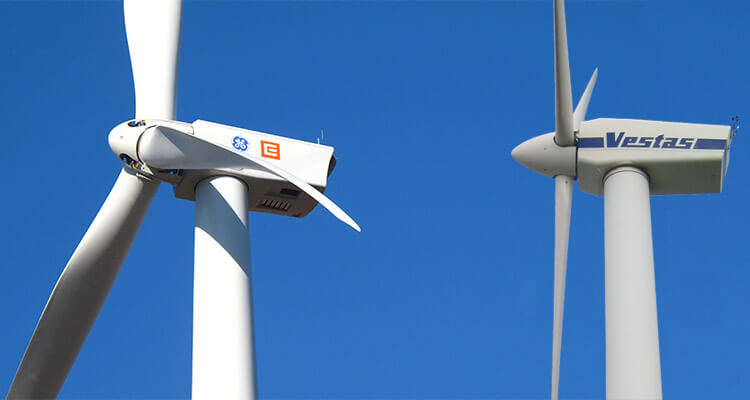