Advantages and Developments of Wind Power

Wind is a kind of natural phenomena on earth, it is made of the heat from solar radiation. It is estimated that just about 2% of solar energy that reaches the earth can be transformed into wind energy, but the total quantity is still considerable. There is about 2.74×109MW wind energy in the world, among them,  the available wind energy is 2×107MW, that is 10 times bigger than the total quantity of available hydroenergy in the earth. With the worldwide energy crisis intensifying, most country are paying attention to the research, development and utilization of new energy and renewable energy. As the clean and renewable energy, wind energy have lots of advantages, inexhaustible, do not need to transport, widely distribution, friendly to environment and so on. There are more and more countries use the wind turbine, which supported by the wind turbine tower, to transform the wind energy into electrical energy. As for as the world is concerned, wind power generation is one of the most mature, most large-scale development and commercial prospects of power generation in the field of new energy.

Developments of wind power in the world

As one of the most competitive new energy types, wind power plays an important role in energy security, energy supply, economic growth, air pollution control and greenhouse gas emission reduction. The United States, Germany, France, Denmark and other developed countries have put great attention to the development of wind energy, and actively introduced and implemented relevant policies and measures to promote the development of wind energy, which has greatly promoted the development of the world wind power industry. Nowadays, various countries wind power industry are improving in different ways, they all are trying to improve their existing technology and choose the best design plan. According to the statistics report, by the end of 2009, the global installed capacity of wind turbine reached 1.58 million KW, with a cumulative growth rate of 31.9%. More than 100 countries in the world have been involved in wind power development, including 17 countries with a total installed capacity of over one million kilowatts. The world wind power industry is not only an important member of the world energy market, but also playing an increasingly important role in stimulating economic growth and job creation. 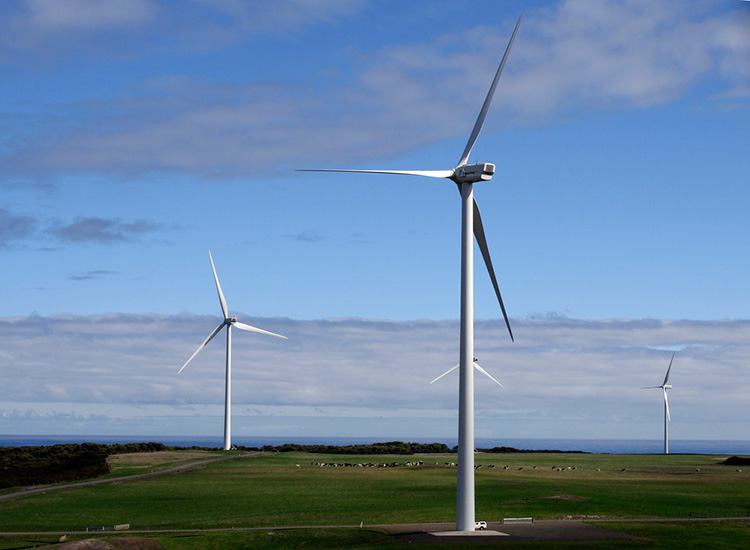 Relative to thermal power, the positive impact of wind power on environment will not discharge oxynitride, sulfur dioxide, carbon dioxide, dust and other pollutants to the atmosphere. At present, thermal power plants have some measures for solving desulfurzation and denitrification of coal, but can not effectively reduce the sulfur dioxide. Wind power does not discharge harmful gas, that is one of the main reasons for it used as the  clean energy. The development of wind power plays an important role in reducing the emissions of greenhouse gas and inhibiting the damages by global warming. In addition, relative to coal, the wind energy is belongs to renewable energy.  Take the sustainable development path has becomes the consensus for various countries in the world, fossil fuel, such as thermal power, is an unsustainable development model. Since twentieth century, the amount of fossil energy used in the world has risen sharply, and the fossil energy face to dry up. While the wind energy is inexhaustible, that can meet the environment requirement of sustainable development.