With the development of renewable energy, wind energy has been appreciated worldwide, as its characteristics of clean, recycled, renewable, and abundant sources, etc. In order to improve the environment problem and release the country from high fossil oil dependence, the national governments encouraged the investors to build wind farms to generate electricity instead of the traditional thermal power plants. Therefore, there are more and more wind farms have been built in both onshore and offshore areas.

In the mid-north of South Australia, a large wind farm project has finished in 2017. Before the wind farm tower project has officially finished, the project contractor and the Australian Government invite some local artists to paint a beautiful painting on the wind turbine towers.

After the painting is finished, local Nukunu people are very proud of the wind turbine tower project. They feel like there is a real connection between the renewable energy project and themselves. And everyone comes to this area can see these paintings,  it is a good way to make more people know their culture. 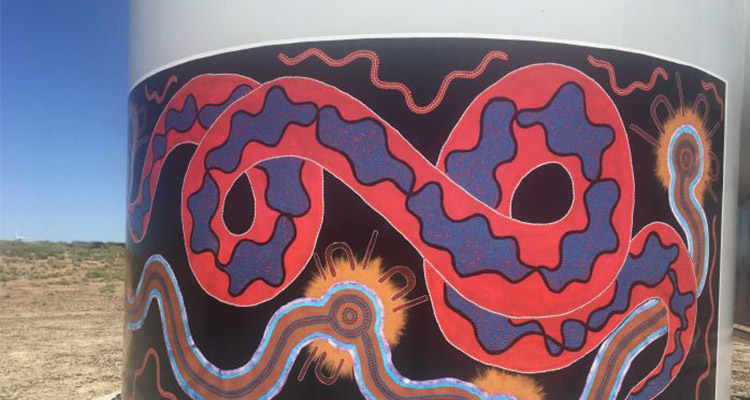 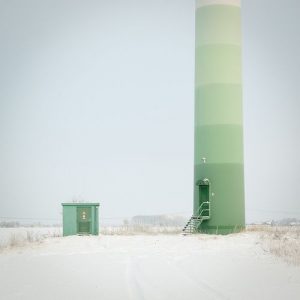 In the mid-east of England, there is a large wind farm project has been established 4 years ago near Lindsey, Lincolnshire, Great Britain. In order to make it a little difference, the wind farm project designer gives the wind turbine tower a vertical graduated green color charts appearance.

Although it is just a small change, after the wind farm project has officially finished, the colored wind turbine towers cause an excellent response. Especially in winter, when there is a big snow comes, the land has been covered by white snow, and only the graduated green colored wind turbine towers stands there silently. Everything is perfectly beautiful. And some photographers even made special trip to see the beautiful scene, and took pictures of it. The local people are also happy to have a wind farm that can not only bring them electricity, but also bring them a beautiful scene.

The reason why we are so eager to develop the renewable energy is to keep the sustainable development of the society, to give the next generation a better environment to live. Therefore, it is very important for our children to have a good knowledge about renewable energy utilization. Wind energy is a main part of renewable energy which gives us clean and endless energy source. So these days, we can find more and more wind turbine tower has been covered with childlike painting which can cause the interests of children.

In November,2016, the first official art wind turbine tower is finished just standing at Unterlaa, Vienna, Austria. There are flying cartoon figures painted on the whole tower section which is inspired by a vintage children’s book illustrations. The artist says that there are over 1100 wind farms in Austria, and 40% of the country’s household electricity consume is provided by wind farms. So the art wind turbine tower will make wind farms closer to the society, especially for the children. The same thing also happens in Australia. In South Australia, there is also a wind farm has painted comic pictures on the wind turbine towers. 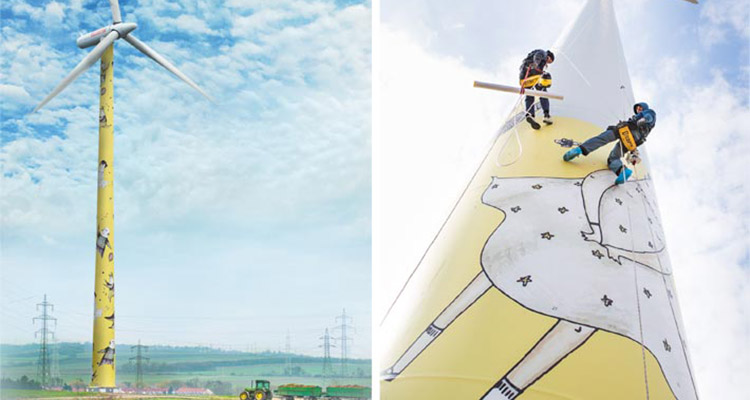 With more and more attention of wind energy, the artists and other creative people will definitely come up with more great ideas to make the wind turbine towers more aesthetic and artistic. And there will be more and more people keep a watchful eye on wind energy.